One of my favourite authors, Benjanun Sriduangkaew, who wrote the amazing Scale-Bright, an urban fantasy novel set in a Hong Kong populated by demons, goddesses, and spirits, is coming out with a new book on December 5th called Winterglass, available for pre-order here and here.

Sriduangkaew graciously agreed to answer a few questions about her book, and her honest, thoughtful answers should encourage and inspire writers and artists working in Asia (and beyond).

Your stories have very rich and complex worlds, with their own customs, rituals, and belief systems. How do you go about the process of creating these worlds? Do you rely on collecting images or narratives or any other method?

I write with my most immediate cultural milieu in mind, so that is usually going to be Southeast Asia–Thailand primarily, with a lot of Buddhist and Hindi influences. But, I don’t actually sit down to world-build: I develop my settings as the plot make them necessary. I find everything is tighter this way, and you’re less prone to self-indulging in needless details that don’t serve either characterization, plot, or thematic cohesion. It’s a personal preference, of course, there’s nothing wrong per se with drawing up a bunch of maps and glossaries (though you might want to consider how much of those need to be in your actual manuscript as opposed to staying in your notes).

For Winterglass, what were the elements that you wanted to make sure you incorporated in your world?

A queer-normative world was a priority for me, as in a world where all genders and orientations are treated as normal, and a lesbian doesn’t have to fear from homophobic sexual violence and suppression of her identity. I also wanted to create a fantasy world where magic is nebulous and loose rather than a rigid, RPG-like system, so my protagonist fires spirit bullets and has a sword powered by random generation.

Did you begin your writing process for Winterglass already knowing the themes that you would write about or did they evolve as you wrote?

They evolved! I knew I wanted to write a Snow Queen retelling that centers lesbians, but the rest came as I wrote–the themes of colonialism and what to do to resist it, of how people behave in dystopian conditions, of discarding your humanity to achieve your goals.

Can you describe your writing process? Do you plan out your work in advance or is it a more ad-hoc process?

I pretty much never outline, which sometimes backfires and leads to rewrites (Winterglass went through an extensive revision that axed an entire point-of-view character and a subplot). This has to do with my background in short fiction, where there’s just not that much to outline; I have strong ideas of where a story begins and where it ends, but that’s about the extent of my planning. Occasionally I have a strong image I base crucial scenes around.

Do you have any advice for aspiring writers living in Asia in terms of how to get their stories noticed by publications?

It depends. I write science fiction and fantasy, so my path to publication was just submitting to magazines; The Submission Grinder and Duotrope are useful resources to sort publications through word count, genres, etc. It sounds dreary to just say ‘keep submitting to magazines’, but you can improve your chances by reading the magazine you want to get into, or anthologies edited by editors you want to publish you. Reading widely in your preferred genre gives you a good idea of what is currently preferred, as well, stylistically and thematically. Also cheaper than attending American workshops, which are prohibitively expensive (and are mostly for networking).

Many POC writers have felt the pressure by agents, editors, and publishers to write about our cultures in a way that fits in with the larger Western idea of diversity (eg. themes like the struggle between the “restrictive, traditional East” and the “free, modern West”, exotic elements, or whitewashed characters). Do you have any suggestions or advice about that?

I once recommended my Hong Kong urban fantasy, Scale-Bright, to a white reader. He asked ‘Is there kungfu in it?’ It was an alarming reminder that most white people can communicate with POC only through stereotypes.

It’s a huge challenge. The further you are from the center of cultural hegemony–the US, the UK–the harder it becomes and you’ve to wrestle with the question of how willing you are to assimilate. Western readers, of color or white, will more easily accept your work if you lean on cultural references and touchstones they’re familiar with. An alternate history of some American city or London will always appeal to them more than a reimagining of, say, the Ramayana or Journey to the West. Contemporary fiction that mentions ancient, obscure American pop culture will always appeal to them more than contemporary fiction that references recent SEA Write winners. Anything that declines to center whiteness, Americanness, Britishness will always face an uphill fight.

For the most part, my fiction takes place either in secondary worlds (that is, fantasy worlds with no relation to Earth) or the very far future. The few times I’ve written contemporary fantasy short fiction, it’s much, much harder to sell than anything else. People want New York or London, not Bangkok, and if they want Bangkok, they want Bangkok as a white person imagines it. My choices are an imperfect solution, but I do feel freer to write epic fantasy or space opera where everyone’s Chinese or Arab or Indian. It’s also incredibly liberating to write narratives where whiteness is not only de-centered but entirely absent, and I suggest every writer of color try it at least once. What’d the present look like if the British Empire self-destructed early on? What about a far future where the west has become extinct or been defeated in global war? It’s psychologically restorative too.

This won’t magically make the publishing industry less racist, but it can help in centering yourself, your imagination, what you really want to do and say with your fiction. It builds your convictions, and hopefully let you resist those hegemonic pressures better.

Winterglass is a sci-fantasy about one woman’s love for her homeland (Sirapirat) and her determination to defeat the Winter Queen who has overtaken the land.

The city-state Sirapirat once knew only warmth and monsoon. When the Winter Queen conquered it, she remade the land in her image, turning Sirapirat into a country of snow and unending frost. But an empire is not her only goal. In secret, she seeks the fragments of a mirror whose power will grant her deepest desire.

At her right hand is General Lussadh, who bears a mirror shard in her heart, as loyal to winter as she is plagued by her past as a traitor to her country. Tasked with locating other glass-bearers, she finds one in Nuawa, an insurgent who’s forged herself into a weapon that will strike down the queen.

To earn her place in the queen’s army, Nuawa must enter a deadly tournament where the losers’ souls are given in service to winter. To free Sirapirat, she is prepared to make sacrifices: those she loves, herself, and the complicated bond slowly forming between her and Lussadh.

If the splinter of glass in Nuawa’s heart doesn’t destroy her first.

Benjanun Sriduangkaew writes love letters to strange cities, beautiful bugs, and the future. Her work has appeared on Tor.com, Beneath Ceaseless Skies, Clarkesworld, Apex Magazine, and year’s best collections. She has been shortlisted for the Campbell Award for Best New Writer, and her debut novella Scale-Bright has been nominated for the British SF Association Award. 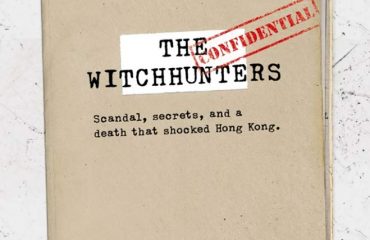 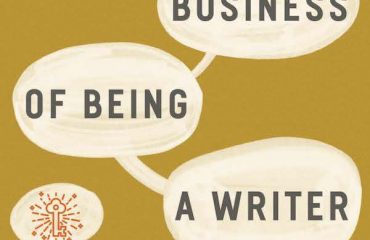 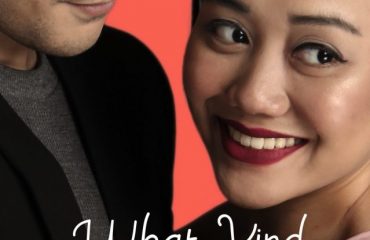