Of Things That will Bite 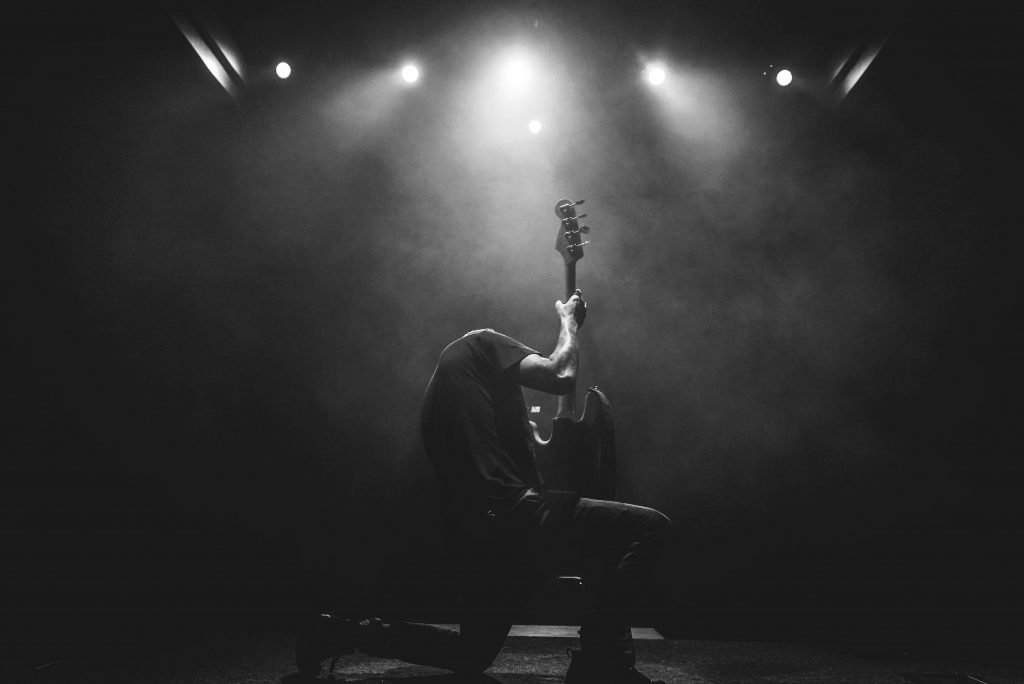 Photo by Greyson Joralemon on Unsplash

In 1993, when I was eighteen, I was almost arrested for arson during a Metallica concert in Manila.

That year, Metallica went on a world tour which included stops in countries that in those days weren’t regular tour destinations, like the Philippines. Up until (and even after) I started working in the music industry years later in 2000, most Western bands hardly ever traveled to Third World countries. Concert promoters also didn’t want to take the risk because the costs of putting a show on are so high–airfare, cargo, hotels, venue rental, bribes, and so on–that it might not be possible to make that money back plus make a profit on ticket sales in poor countries.

I don’t know what the deal was between the band’s management and the Filipino promoters, but somehow, the band was scheduled to perform in the ULTRA sports stadium in April.

At the time, I had just scraped by an all-girls’ Catholic school with more knowledge about Dungeons & Dragons than anything else. Although I’d been listening to punk and grunge by then, I hadn’t heard of the band until Metallica came out. One of my D&D friends played the entire cassette while we were playing and graciously made me a copy to bring home.

In a couple of months, even the people who only listened to Jon Secada knew “Enter Sandman”. Of course, my D&D group of friends and I went around saying that we’d liked the band even before they became mainstream, which partly explains why we didn’t really have any other friends aside from each other, and even those relationships could get shaky depending on what the Dungeon Master’s decisions were.

We were all weird, bookish kids who were headed to universities overseas. One of us, Brian, was even being fiercely wooed by MIT. He had gotten a perfect score on his SATs, although the rumor was that at first, the College Board hadn’t given him the full 1600 marks. Brian had written to them saying that he knew why they thought he’d gotten an answer in the Mathematics section wrong, and that he was actually correct and sent them a detailed explanation of why. The College Board supposedly agreed and awarded him with a perfect score.

No one ever asked Brian about this. He was too intimidating–a True Neutral in every way. Also, we never saw him outside of our D&D sessions; like his cleric character, he was a highly skilled but mysterious person.

We were all excited about the concert, not only because it was Metallica, but also because a huge American band at the peak of their success doing a show in the Philippines made us feel like we mattered. When you live in the Third World, it’s really flattering when Westerners give you attention or take parts of your culture for their own use. We’ve been made to feel inferior for so long that it feels like a validation to be recognized by a country that you’ve been taught to think of as superior to yours.

In the end, I was the only one who ended up going. None of the other guys could make it. Either their parents wouldn’t let them go–it didn’t even occur to me to ask my parents because they would have given me permission, anyway–or they couldn’t wrangle the money together for the ticket.

The ticket I got cost 600 pesos, the equivalent of 13% of the monthly income of a bookkeeping clerk in 1993, and it meant being somewhere in the middle of the field, far away from the more expensive seats closer to the stage. Still, it was better than being in the bleachers.

Before the show, I had dinner with a couple of my D&D friends, who approved of my outfit. I was wearing a long black t-shirt that reached to my knees, black leggings, and black suede boots that I’d gotten during a family vacation to the US. “You look like a Dark Elf,” one of them said.

The dinner took longer than expected and with the traffic situation in Manila, by the time I arrived, the second opening act was already playing. There were security guards at the gate checking bags for guns and other weapons, but they waved me through. I don’t think I even had a bag; I brought a notebook, inside whose pages I had my ticket and some cash, and a lighter for the slow songs.

The stadium field had been set up with rattan chairs tied together with thin plastic rope, the kind that was used for clotheslines. There was a barrier separating the VIP section from the rest of us, and the people with the cheapest tickets were consigned to the bleachers.

A crowd of people had already marked out their turf close to the barrier, standing on the chairs for a better view. I wasn’t strong enough to push through so I found myself exiled to the back row, close to the bleachers. There were groups of guys–they were mostly boys–milling around there talking with each other and not really paying attention to the opening act. One of them rolled his eyes at the noise coming from the bleachers.

“Jologs,” I overheard him saying. I’d never heard that word before, and later, someone would explain to me that it meant people who were uncouth and tacky.

As I wandered around, trying to figure out how I’d be able to see the stage, a long-haired trans woman and her male friend paraded past in full view of the bleachers. The crowd screamed and hooted at the woman and began singing “Sh-Boom,” a song that had been used for a beer commercial featuring a sixteen-year-old girl walking on the beach in a white swimsuit as older men ogled and chased after her. The woman and her friend walked back and forth, and eventually disappeared after a few passes.

I recognized the look on their faces: resentful, frightened, but also thrilled at being considered attractive and desirable. The Philippines is still a country where the Miss Universe pageant is a national event.

When the second opening act was done and the pressure was on to find a way to see the stage before Metallica’s set began, I had an epiphany. I began to burn off the ropes binding the chairs together using my lighter. Once I’d released enough chairs, I built a pyramid, adding one chair after another until it towered over the mass of people in front of me. By the time the band started playing, I was securely installed at the top of the pyramid and could enjoy the show with a great view.

But before long, everyone else around me started building their own pyramids, and stacks of chairs mushroomed up, a small village of shrines and towers illuminated by the band’s pyrotechnics, shuddering in time to the music. Then the pyramids got bigger and bigger, and soon, the people in the smaller pyramids started getting angry and began throwing chairs at the larger pyramids to knock them down.

Towers collapsed, people fell to the ground, picked themselves up and rushed at the smaller pyramids. “Seek and Destroy” started and fistfights erupted, and a large crowd rushed the VIP barricades and tore them down. People dropped lit lighters to the ground, and the dry grass caught on fire. It was the closest I’d ever been to a live re-enactment of a D&D campaign. My training kicked in, and I got off my pyramid in a hurry before someone could pull me down.

The lights blazed on in the stadium, and security guards came to break up the fights, but the band kept playing. In fact, I don’t think they ever stopped the show for a single moment. When the dust cleared, the guards dragged a few people away, including me, since a few rats singled me out as the initiator of the entire thing.

I didn’t really expect any more than a shakedown for a bribe, but that didn’t even happen because out of sheer luck and coincidence, I saw my friend Kyle, who I’d met through a school function, and began yelling and gesticulating at him to come over and help me out.

Fortunately, Kyle managed to notice me, and after a few words with the guards, I was released and managed to finish watching the show with him, unfortunately sans pyramid.

Whenever I tell this story, I usually end here even though it’s not quite complete.

I don’t say, for example, that my friends and I come from families that were rich enough that we could afford to immerse ourselves in a superior American pop culture; we could travel overseas regularly; we could go to schools where we could fail upwards because our laziness or stupidity didn’t matter as much as our connections and wealth; and we could afford to go to university in a First World country like the US or Canada. For me and my friends to have the experiences of middle-class suburban kids in the West, we had to have money, connections, access to infrastructure. It is incredibly difficult to maintain a First World lifestyle in a Third World country.

I also don’t explain that I had never heard the word “jolog” before the Metallica concert because I was so cushioned by my bubble that I’d never encountered a jolog. The word, originally spelled “dyolog”, is a sort of portmanteau of three different Tagalog words: dilis (anchovies), tuyo (dried fish), and itlog (egg). These three things form the staple food of the poor in the Philippines. My family has long since gone bankrupt, and I’m a single mother who works from home, but even now, no one would ever call me a jolog.

I’ve told this story many times, and usually, people chuckle and then share their own stories of narrow escapes and youthful misadventures before we drift on to another anecdote or a different joke. We never talk about how this is actually a story of privilege because, without context, privilege looks a lot like regular life. 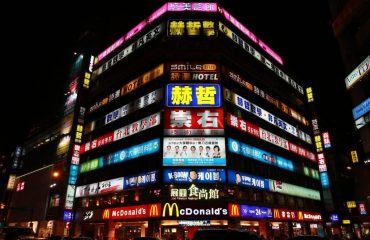 In the Beginning was the Word 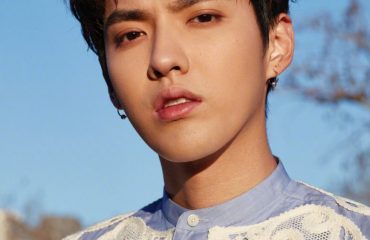 He Stole All Hearts Away: Sad, Beautiful Boys in Asian Pop Culture 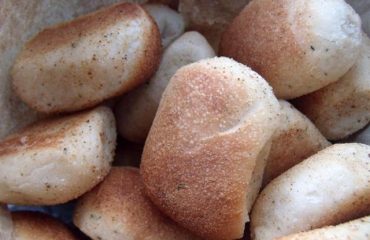